Rock out your totally tubular 1980’s themed party with Atmospheric Entertainment’s roving performers at your event! Radical custom entertainment elements in the form of strolling players will heighten the authenticity of your custom event. Entertain every guest at your party with 80’s themed Rock Stars, Valley Girls, VJ’s, and more as they work the crowd and create entertaining moments that will never be forgotten.

Radical times will ensue with this over-the-top metalhead rock god gracing your party with his presence. He's as loud and in your face as hid shredded denim and he's here to have a tubular time! The only thing bigger than his hair is the amount of fun you'll be having by the end of the night, but you may want some earplugs, he loves to rock!

With fashion ranging from Keyboard ties and slap bracelets to sculpted hair, bizarre pyramid hats and flawless makeup, the New Waver's will stand out at your party like no others. Sometimes rude, always pretentious, and generally full of themselves, only two things are sacred - music and fashion. 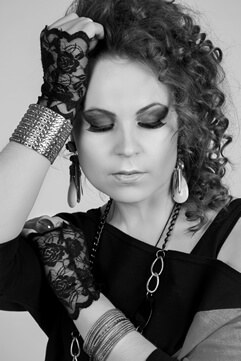 Girls just wanna have fun, and they'll be doing just that at your event in their leggings, tutus, and teased hair. These pop star-esque primadonnas will be the highlight of the party with their out of this world outfits and personalities. These divas know the world is their stage and they will do anything to stay in the limelight.

Agents to the superstars of the 80's always follow the most current fashion. They dress for money. These powerhouses know absolutely everyone and how everyone is connected at your party. Name dropping greases the wheels that make the world turn, and these slick characters will make it spin.

Having a couple valley girls at your party is like, totally a great idea, because they like, said so! The trendiest chicks on the scene, you can be sure that they will be a hit with every guest at your party. Just make sure you are dressed as trendy as they are so they don't ask you to bag your head! 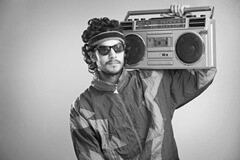 In the worst decade of fashion, you could see these guys in anything from leather gloves and pearls to geometric patterned pants, and everything in between. They're used to their fifteen minutes of fame and more, so expect them to steal the show at your event in true VJ fashion.

They're out to get the latest scoop, the dirty down low about everyone at your party, and you can be sure they won't leave until they get it. Almost as bad as the paparazzi, they won't leave until every guest has been questioned, er.. interviewed for the sake of their story. Who knows what the headline will read tomorrow?

White suit coats and bright colored pastel t-shirts are a dead giveaway for the coolest cops around, but these sharp dressed agents didn't just come to look good, if they see anything shady going down, you can bet they'll be busting your party! In between busts they'll be wooing the ladies and getting tight with their new buddies.